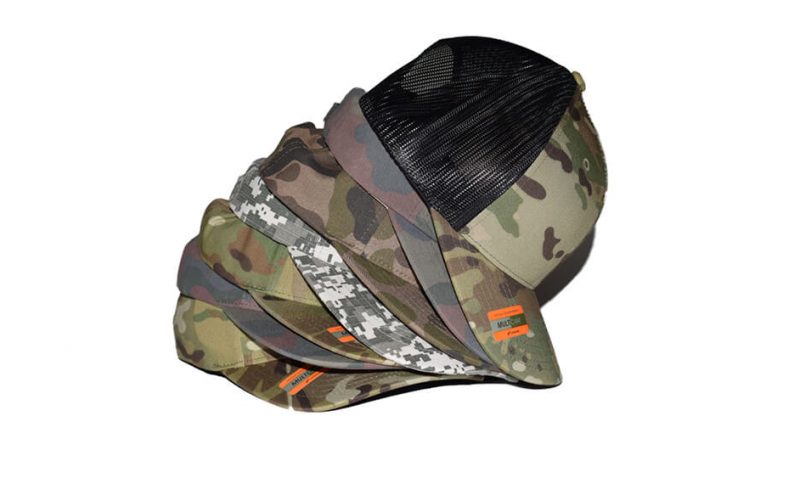 Yupoong camo hats have the distinctive pattern associated with hunters and the military, though they look good worn by all types of people

The word is short for ‘camouflage’ and refers to a pattern that was originally developed for soldiers and military equipment to blend in with the environment, thus making them more difficult to spot by the enemy. Hunters might wear camo because they believe it makes them more difficult to be spotted by animals.

Hide or be seen?

The military and hunters still wear camo pattern clothes and headwear to blend in with their environment, but when worn in the city, hiding is not the point of Yupoong camo caps. People want to be seen wearing camouflage. They want to stand out, not blend in. Wearers want attention, not to be ignored.

What Yupoong Camo hats have in common with military hats is that they are designed to be practical and strong headwear items that last a long time, even when worn for many hours every day. Soldiers and hunters want hats that they can wear all day without feeling uncomfortable. They want reliable caps that are made with strong fabrics and are designed to last. These are the same qualities that Yupoong insists on in all our camo hats.

How to wear camo

Camo patterns are bold, so are often best worn with plainer clothes. A Yupoong camo hat looks stylish worn with plain black jeans and a white T-shirt, or other single colour tops and trousers. You can wear a camo cap with a similarly camo-patterned jacket, but some people feel that this is overdoing the camo, making the outfit look too ‘busy’.

The Yupoong camo pattern range includes Shadow Grass, Mossy Oak and Truetimber that depict images inspired by grass, leaves and branches. They are printed so that they look bold and well defined. Camo pattern hats come in a number of styles including Trucker, Classics and Flexfit.

Yupoong hats are designed to fit well and feel comfortable. They will not fall off when exercising so are suitable for wearing on outdoor adventures, rock climbing, trekking, white water rafting and other outdoor activities. They look equally stylish when less active, sipping drinks on the sun terrace lounger, or strolling down city streets,

Camo caps can be customised with logos and other designs, but colour choice needs to be carefully chosen so that the design does not blend in with the pattern.

However you wear your camo, at Flexfit, we want you to love the blend of bold style and practicality for which our caps are known.